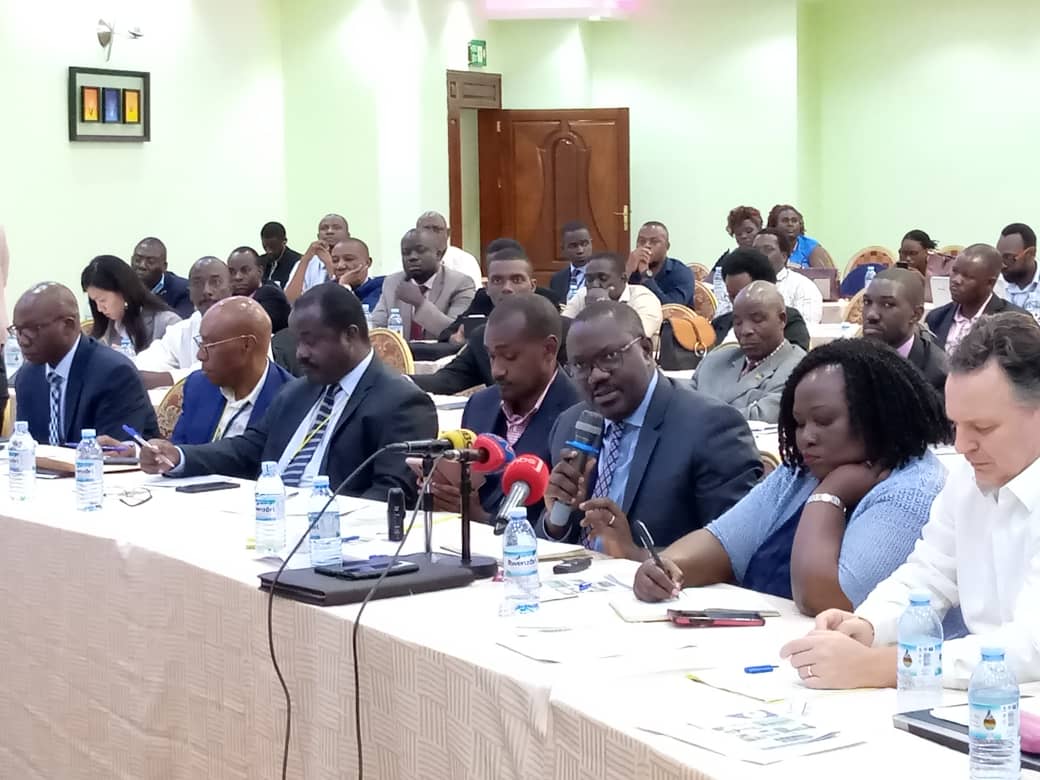 The Minister of Information, Communications Technology and National Guidance Hon Frank Tumwebaze has said that Government is focusing on using Technology to create more employment opportunities in Uganda.

The ICT & National Guidance Sector review workshop is an annual event during which different key stakeholders meet to evaluate the exent to which they have achieved their targets and to be chart ways to address emerging challenges.

The workshop was held under the theme, ‘STRATEGISING TO TAP INTO THE 4TH INDUSTRIAL REVOLUTION FOR SUSTAINABLE NATIONAL DEVELOPMENT’

Hon. Tumwebaze noted that the Government is focusing on the use of ICT development in order to create more jobs. He gave an example of a University lecturer who uses an App to manage his taxi business, being able to stop the engine as well as monitoring where it goes using his Mobile phone. He called on Ugandans to be innovative and follow the example.

He made this revelation while explaining the idea as one of the five key points that he highlighted as strong pillars that the sector is looking at, as   some of the priorities in the ICT sector.

He mentioned the other key points that Government is aiming at as internet connectivity across Government and other parts of the country, improving the quality of services by the sector, in which he encouraged empowering of the local talent and innovation.

The others were, penetration of Electronic Government which he said would reduce transport costs and other bureaucratical delays, and working to improve the way Government business is communicated to the public.

Minister Tumwebaze challenged members in attendance to embrace, adopt and use the changing technology to reduce the costs of production and increase income.

The Minister appealed to all the stake holders to work together in order to achieve the five key points in the ICT sector and asked that a progress report would be presented in the next annual preview workshop.

While speaking at the same workshop, the Permanent Secretary, Ministry of ICT and National Guidance, Hon. Bagiire Vincent Waiswa clarified on the misconception about MyUg. He said government gives out the internet it buys for government offices after 6pm to the public during the week days and from 2pm on weekends at certain spots in Kampala. These include areas around Uganda House, Nakasero Market, City square, KCCA, U-ICT Nakawa, Uganda Management Institute, Makerere and Kampala international University among others.

He also said that the Ministry is soon completing the innovation hub in Nakawa which will help offer space to the young innovators.

While speaking in the same Worksop the Executive Director for Uganda Communication Commission Eng. Godfrey Mutabaazi vowed to switch off counterfeit phones soon.

According to Mutabaazi, counterfeit phones degrade the quality of the network and have to be taken off to maintain a good quality of mobile telephone network.

Mutabaazi further revealed that a mechanism has already been put in place, to work with telecom companies which will ensure that such phones do not access the network.

He added that most affected places are the rural areas and asserted that soon these will be switched off automatically.