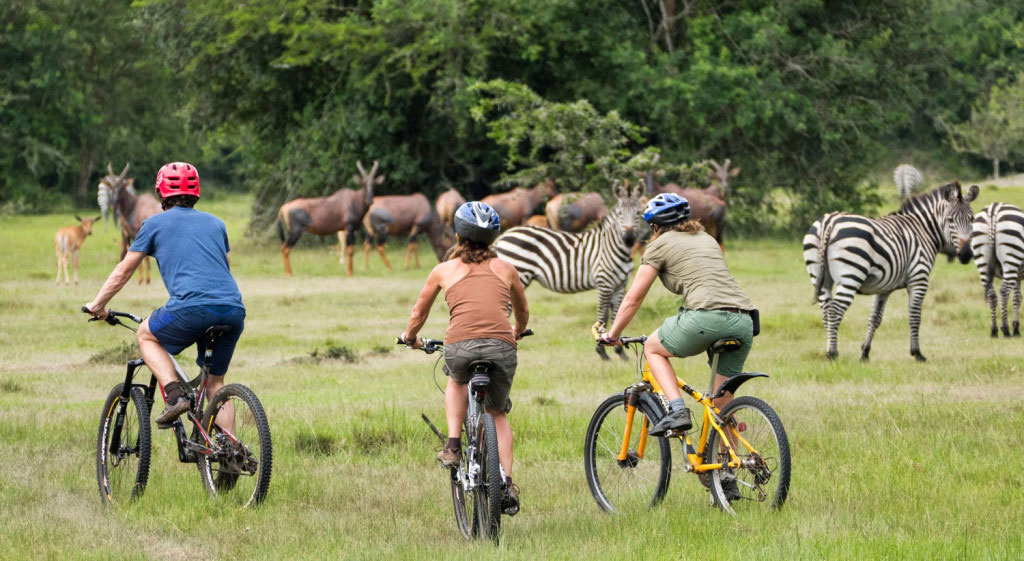 When former President Prof. Hussein Barack Obama created the US Broadband Opportunity Council in June 2010, he noted that access to high-speed broadband was no longer a luxury. The Council declared broadband an essential commodity that was “taking its place alongside water, sewer and electricity as essential infrastructure for communities”.

According to the US National Park Service (similar to Uganda Wildlife Authority) which superintends over the country’s 419 National Parks, with the aid of fibre optics, high speed internet provides visitors with easier access to Park-specific information. It also appeals to those who want to meet their professional obligations while in the National Parks.

The US government, therefore, prioritized broadband connection in its protected areas. So far theGrand Teton National Park, Yellowstone National Park and Bryce Canyon National Park are some of those that are connected. Yellowstone, the world’s oldest protected area that was launched in 1872, even operates a Geyser App which notifies visitors of eruption times in the upper Geyser Basin. Internet in the National Park makes it possible for rangers to access critical information in real time and even share about what they find in the field.

Bill and Maya Waikiki are affluent socialites who live in Honolulu, Hawaii, an island in the middle of the Pacific Ocean, about 3,840km west of California. The couple cruises with a get-curious-get-going adventurous streak. They rave about exploring as they gather immigration stamps on their passport at international airports around the globe.

Before they could schedule a 20-day trip to South Africa with the attendant generously lavish expenditure, they asked about Wi-Fi access and Internet speeds in Kruger National Park, one of the largest national parks in the world with an area of 19,485 sq. km (over 4.8 million acres or three quarters the size of Rwanda).

Bill and Maya are an example of tourists whose next adventure destination is determined by the presence or absence of Wi-Fi and Internet. In the Kruger, each of the Park’s gates has a Local-Area Network and long-range technology providing Wi-Fi. To enhance security, acoustic fiber was fitted along its electrified fence, enabling cameras to capture movements and allowing staff to communicate while seeing live data on patrol.  With such technology in Queen Elizabeth National Park in Western Uganda, the April 9, 2019 kidnap of American tourist Kimberly Sue Endicott and her guide, Jean Paul Mirenge at gunpoint during an evening game drive would not have happened as it did.

In a report to the plenary in May this year, Tororo North MP Annet Nyakecho, who chairs the Parliament Committee on ICT and National Guidance, implored Parliament to set aside UGX68bn (about US$18.3m). The money was for the Ministry of ICT and National Guidance to establish broadband infrastructure and connectivity at tourism sites in the country. This sparked a flurry of opposition from sections of the public. Some citizens even cynically wondered which elephant had asked for Internet.

Internet access is becoming an absolute necessity for business travellers and a fair percentage of leisure tourists. Many travellers have children, aging parents, other relatives and friends back home that may need to stay in touch. They want to connect via Skype, watch movies online, capture live videos and share them. They should do these things, check for emergency e-mails and such other communication without hustle while in the National Park.

Because South Africa’s Kruger has had broadband infrastructure overtime, tourist arrivals in that one National Park alone surged to 1.8 million visitors in 2016/17 (compared with the entire Uganda’s 10 National Parks, 12 game reserves and several other tourist attractions that attracted 1.3 million arrivals then), up from 1.4 million in 2011/12 (Source: South Africa National Parks Research Report 2017/2018).

Uganda’s tourism has a well-documented online presence. However, this presence is not enough in itself; tourists now expect access to Internet during their stay. The Ministry of ICT and National Guidance only asked for a small slice of 1.3 percent of the US$1.4bn (over UGX5.1 trillion) that is expected as tourism revenue in the current financial year, in order to bring in more.

Parliament should ensure adequate resources are provided for broadband infrastructure and connectivity at tourism sites in the country because the benefits are immense. It is up to the implementers to gain public trust by exhibiting value for money in project execution.

This article was co-authored with Micheal Kato of Kampala International University. Kyetume Kasanga is a Principal Communications Officer at Ministry of ICT and National Guidance.

Pre-Entry Exams for Teachers are welcome