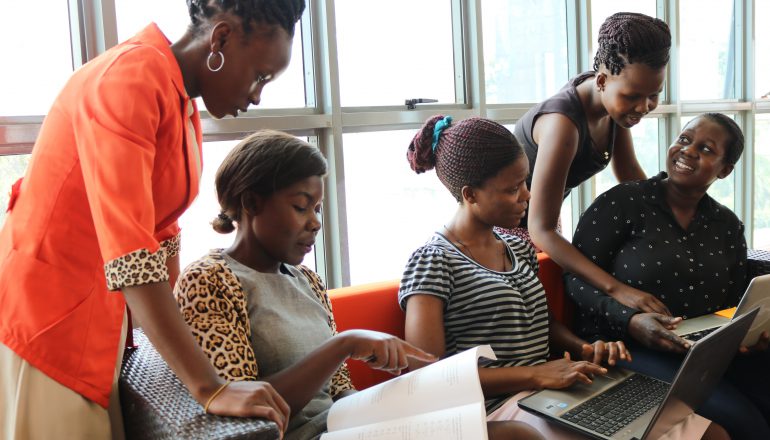 The National Resistance Movement (NRM) Government recognizes Information and Communications Technology (ICT) as a key driver of efficiency and effectiveness in production processes for socio-economic transformation. President Yoweri Museveni, who is also the NRM Chairman, demonstrated this by creating a dedicated Ministry of ICT and National Guidance in 2006.

The Ministry is mandated to provide strategic and technical leadership, overall coordination, support and advocacy on all matters of policy, laws, regulations and strategy for the ICT sector. It also ensures sustainable development; harnessing and utilization of ICT to enable the country achieve her development goals. This is guided by Vision 2040, the National Development Plan and the NRM Manifesto.

The theme in the current NRM Manifesto (2016-2021), the fifth since 1996, is: “Taking Uganda to Modernity through Job-creation and Inclusive Development”. One of the defining debates in development economics revolves around the extent to which Government interventions galvanize inclusive development. The debate considers whether socio-economic progress is sufficiently widespread among the biggest population, using the available resources.

ICT is such a resource whose use is fast becoming a factor for rapid economic growth, wealth creation and improving livelihoods. According to the 2018 World Bank Development Indicators, in Uganda the rural population stands at 83.56%. Of these, more than half are women who make considerable contributions to the rural informal economy.

Sustainable deployment of ICTs has so far helped to improve efficiency and accelerate information exchange. Since knowledge is power, they have expedited poverty eradication both through catalyzing awareness and empowerment, and promoting economic opportunities.

The ICT sector has been one of the fastest growing in Uganda’s economy at an average of 20.5% per annum, contributing to an average of 2.4% to the country’s GDP per capita growth. According to the International Telecommunication Union’s “Measuring the Information Society Report, 2017” which was launched during the World Telecommunication/ICT Indicators Symposium in Hammamet, Tunisia in 2017, Uganda’s ICT development index has grown steadily to 2.19, up from 1.53 in 2010.

The NRM Government liberalized the airwaves in 1993. As a result there are now 292 operational FM radio stations, up from only one monopoly which was state-owned. Twelve others are licensed but non-operational. Additionally there are 28 operational Free-to-Air TV stations, two digital terrestrial stations and four digital satellite stations. The National IT Survey which was carried out by the National Information Technology Authority of Uganda in 2018 found that 24.9 million people in Uganda use mobile phones, while 18.8 million access internet.

On the occasion to mark International Women’s Day last year, UN World Food Programme Executive Director David Beasley noted: “Digital technology can transform lives if we get it into the hands of the people who need it, and that’s why we’re working hard every day to help increase access for rural women.”

Precisely, this is what exactly the NRM Government is doing. ICTs target the rural woman because they can boost her economic opportunities. For instance, the mobile phone, good radio and television programming provide her with access to real-time market information, offering informed choices about what, where and when to buy or sell.

International Women’s Day is here once again. The theme this year is: “Empowering Women through Innovative Approaches to Social Protection; a Prerequisite for Inclusive and Sustainable Development”. This is at par with the central message in the NRM Manifesto about inclusive and sustainable development.

Inclusive development emphasizes equity and equality of opportunity for marginalized groups. These include women in terms of participating in existing markets, access to and control over factors of production, and decent work. Other aspects are women’s control over their own time, lives and bodies, and a generally conducive regulatory environment for all-round empowerment.

Such a development model enables women contribute to the creation of opportunities, participate in decision-making and share the benefits, thereby effectively reducing poverty. Poverty is not just lack of money but also entails not having enough food, quality education, accessible healthcare and decent shelter. Rural women are often disadvantaged in terms of these, as well as social protection, access to extension services, and technical, agricultural and market information.

The broad range of ICTs available, whether email, Internet, mobile telephony, or community radio and television, should enable these rural women to access information and connect with a diverse range of people, allowing them to make more and better-informed decisions.

When a potato disease ravaged parts of the country, a farmerette searched “Cure for potato disease” on the Internet and discovered that the cure was to sprinkle wood ash on the crop. Two months later, her potatoes were back to shape. From then she made the Internet part of her source of solutions. Later she found a local buyer for her rescued crop online.

A 2016 study funded by the Harvard Center for Population and Development Studies in Cambridge, Massachusetts, USA, indicates that when women earn money, they are more likely than men to spend it on their families’ welfare and education. ICT enables them to make informed decisions by sharing ideas and co‐creating solutions more quickly, and communicating faster, more efficiently and involving more people.

Only through such innovative approaches to social protection can women be empowered for their inclusive and sustainable development. ICT is the way to take them that far, courtesy of the enabling environment and deliberate policies ushered in by the NRM Government.

Government to step up its usage of social media